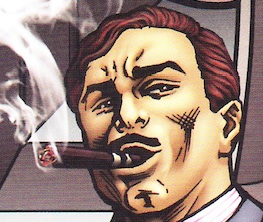 And THAT is how you make an impact.  That is how you show a collective universe that you mean business.

The 2130 Deimos Perennial has come and gone and the universe is talking about one thing…Future Shock.  And how could they not?  Out of the nine matches involving Future Shock wrestlers on the card, we won over half of them and two of our wrestlers took home championships!  Havoc captured the Interplanetary Championship from Zygon who, from all reports, is retiring because he got beaten so bad.  And Fhanna, my beautiful angel, captured the GWF Women’s Championship from Taichi.  Add to that Chaos Supreme destroying Paralyze and, with Minister of War’s help, putting him out of action for several cards and Prime Colonizer decimating Swarm, not to mention Perfect Specimen wiping the floor with Overtime, Future Shock has arrived in a big way.  As a side note, can you believe their are imbeciles out there dumb enough to think that Perfect Specimen is Overtime from our Universe?  Yeah, you see the two of them in the ring together?  No contest.  Overtime wears those gravity ball pads to make himself appear bigger.  Perfect Specimen is all muscle.

Anyway, on the personal end of things, Fhanna and I have moved into an amazing mansion on a resort planet near Klybax.  When I left our old universe, I withdrew all my money from the banks and cashed in all my assets, an action that caused a run on several company’s stocks, in order to bring it all with me and deposit it here.  Luckily, the currency in this universe isn’t one of the anomalies in the parallel universes.  My fortunes are all safetly tucked away and I can begin looking at other investments.  That reminds me, I need to schedule a meeting with the new Galaxian Champion, Shayne.

After firmly planting our flag in the soil of this universe, it’s time for Future Shock to look towards the future.  On the next card, Invasion I believe they call it here, Crossfire will make his debut.  I can’t wait for these peons to see what they could have had, had Crossfire of this universe not been killed.  And Prime Colonizer has called out Monolith.  It’ll be a tough challenge, but I have faith he’ll handle him easily.

This universe needs to come to grips with one, incredibly undeniable, fact.  This is just the beginning.  The very beginning.  We said we had come here to take over and that is what we are doing.