Fans, it is time for another episode of INVASION and we’ve got some HUGE matches for you including a MAIN EVENT the Galaxy has been dying for PREDATORS vs. GLADIATORS!

Before we get there though, we’ve got a fantastic undercard starting off with the man headed to the ring with LORD NEXUS, FALLER!  The CROWD loves this guy!

The lights go out and we see ORACLE’S glowing blue orb move towards the ring as he leads BALAAL down for his match!  This should be an interesting test for FALLER!

Balaal d. Faller via submission with the Snake Tail Sleeper – ** – FALLER was on defense the entire time but BALAAL was getting more and more frustrated with the FTR rookie as he kept kicking out of every pinfall attempt.  BALAAL was finally able to put him away.

After the bell, BALAAL was leaving ringside when suddenly SLEEPER CELL jumped the railings and slid into the ring and began beating on FALLER!  The CROWD was in a frenzy!  LORD NEXUS dove into the ring to stop them and got another crowbar to the head!  Arena Security flooded ringside and before they could completely surround the ring, SLEEPER CELL slipped off and into the crowd!  What is going on?!  FALLER was helped out by medics after the attack.

The arena was settled and welcomed the distraction of PANTHER WARRIOR and CATFIGHT coming to the ring for our next match!  His opponent, DISCIPLE OF TERROR, is the fastest rising rookie this year and has a great record thus far.

It takes several minutes to get the arena settled.  PEFECT SPECIMEN is out with LORD NEXUS for the first of our three HUGE matches!  He is still without his trophy, but his mind is focused on other things tonight.

The AETHRAN WAR ANTHEM blares and the CROWD matches its volume in boos as THE LEVELER leads the #1 CONTENDER to the GALAXIAN CHAMPIONSHIP, AETHRAN OVERMASTER to the ring.  The fans are on their feet!

Perfect Specimen d. Aethran Overmaster via pinfall with a knee drop bulldog – ****1/2 – The arena comes unglued!  PERFECT SPECIMEN topples AETHRAN OVERMASTER in a classic!  This one will be shown in ‘Best of’ compilations for sure!  The #1 CONTENDER defeated, it certainly seems that PERFECT SPECIMEN is ready for Prime Time!

Scorn d. Fhanna via DQ when Sly Drury clobbers Scorn to stop a pinfall – *1/2 – SLY DRURY at ringside to “ensure a fair match” gets his ‘little girl’ FHANNA disqualified when he tries to break up a pinfall.  DRURY is not happy and clobbers the ref after the match!  He leaves with some parting words to the ref who’s now lying on the floor.

SLY DRURY:  Don’t like it, ref?  Complain to the Commissioner!  (He laughs maniacally as he and FHANNA leave.)

The mysterious hooded figure appears and, with arms raised, summons the column of fire that heralds the coming of BURNING MAN!  At first non-plussed, the CROWD now has a peaked curiosity in the newcomer.  Speculation running rampant through the Galaxy about who the mysterious figure is.

Wild man GHENA is out for what could be a heck of a match.

Burning Man d. Ghena via DQ when Ghena clubs the ref who was trying to stop him from brawling outside of the ring – **** – The action spilled out of the ring and while aiming at BURNING MAN, GHENA clocks the ref and the match is called.  These two continued brawling until BURNING MAN smashes GHENA with a chair, knocking him cold.  The mysterious hooded figure motions to BURNING MAN and they leave as quietly as they appeared.

MONOLITH makes his way to the ring with CATFIGHT.  The big man looks ready for this RECKONING rematch!

The DM2132 banners unfurl on this, the night before the GALAXY WIDE election for president of the UNITED FEDERATION OF STARS AND PLANETS. 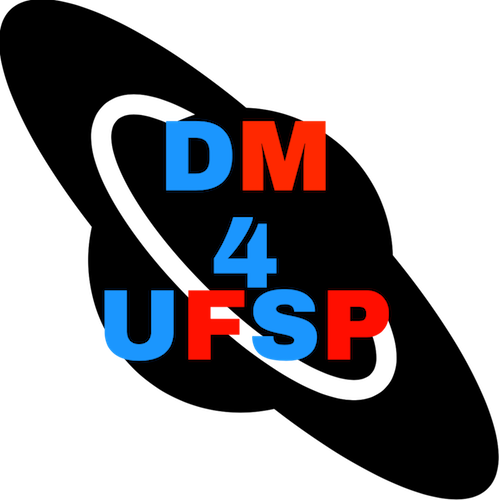 NITRO catches the candidate in the aisle.

NITRO:  Tomorrow is the big day.

DARK MENACE:  Hey, listen, no matter what your opinion on political matters, I want to encourage everyone in the galaxy to get out there tomorrow and vote!

DARK MENACE (grabbing the mic back):  Vote for me!

The CROWD boos but DARK MENACE is all smiles as he heads to the ring with BISHOP HELL (II)!  The BISHOP climbs into the ring and we are ready to begin!

Bishop Hell (II) d. Monolith via DQ when Monolith smacks Bishop Hell (II) with…Dark Menace – DUD – Whoa!  The action spills out of the ring and, to try and give BISHOP HELL (II) a breather, DARK MENACE steps in between his man and MONOLITH and begins asking his ‘old friend’ if he can count on his vote tomorrow.  MONOLITH replied with a load roar and he picked DARK MENACE up by the legs and smashed BISHOP HELL (II) with his own manger!  The ref calls the match for MONOLITH’S use of a…foreign object…but the crowd loves it!  DARK MENACE and BISHOP HELL (II) lie in a heap on the arena floor as the crowd jeers!  Probably not how the candidate wanted to spend the final night of the campaign!

PREDATORS are here!  CATFIGHT leads them to the ring to the cheers of the crowd.  The cheers are replace by boos as GLADIATORS head ringside along with THE LEVELER!

MAIN EVENT
PREDATORS d. GLADIATORS via DQ when Fist smashes Wolf with ARMAMENT on the announcer’s table – ** – The ref could simply not contain these four men!  They tore into each other without regard for the rules and it wasn’t until the action spilled outside the ring and it got too wild, the ref called it.