THE RECKONING 2132 has lived up to the hype, for sure.  We have a new GWF WOMEN’S CHAMPION in TAICHI, SLY DRURY retained his INTERPLANETARY CHAMPIONSHIP last night and now all eyes turn to the GALAXIAN TAG TEAM TITLES currently held by THE IMMORTALS.  Will SUR and BEX end the night as champions?  We will soon find out.

The ANNOUNCER recaps the rules, as if the entire galaxy doesn’t know already.  Winners advance up the RANKING GAUNTLET™ to face the next highest ranked team.  Each match is contested under TITAN DEATH RULES so there is a clear victor.

A presidential march begins and banners unfurl around the arena displaying the DARK MENACE FOR UFSP logos. 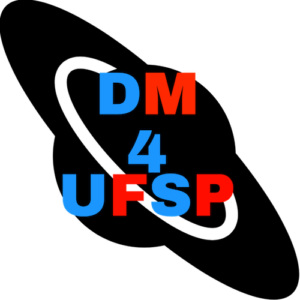 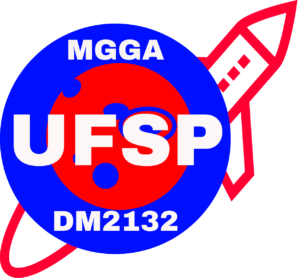 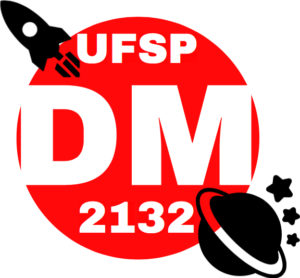 DARK MENACE appears and there are actually some cheers mixed in with the boos.  This is, obviously, a result of how well DARK MENACE did in the debates yesterday afternoon.

The feed cuts to a clip from the debate.

DARK MENACE is at a podium standing across from his opponent CLIN-TRON 3000.  A moderator reads from a card.

MODERATOR:  I’m sorry time is up.  Okay, nest question: We recently had a galaxy-wide threat in the form of Black Death.  If you had been acting president of the United Federation, how would you have handled that threat?  Mrs. Clin-tron 3000, you can answer first.

DARK MENACE:  That’s easy, had I been president back then, I would have built a wall around Ground Zero.  That would have kept them in their place.

We cut back to the arena as DARK MENACE smiles leading VAMPIRE LEGENDS to the ring.  VAMPIRE LEGENDS have the most to prove here tonight as they are currently the lowest ranked tag team in the fed with a record of 0-5.

Their opponents are out next and they look petrified.  NATIVES OF CASTILEX make their way to the ring seemingly scared of their own shadows.  The bell rings and we have our first match.

TITAN DEATH MATCH
VAMPIRE LEGENDS d. NATIVES of CASTILEX via pinfall when Coven Black hits Krud with a surprise Sunset flip – * – VAMPIRE LEGENDS get their first win this year.  No longer winless, they are now tied in standings with the team they just beat.  The face a stiff challenge now in the form of MEAN STREETS.

FHANNA leads PATCH and SKIVER to the ring.  This is another team that has floundered this year and the more they flounder, the surlier PATCH seems to become.

TITAN DEATH MATCH
VAMPIRE LEGENDS d. MEAN STREETS via pinfall after Coven Black hits Patch with BITE OF THE VAMPIRE – * – Biggest win for VAMPIRE LEGENDS this year!  Using quick tags, COVEN BLACK and COUNT NECROS score what some are calling an upset over MEAN STREETS.  And speaking of upset, PATCH is not happy.

The CROWD lights up when DEMON HUNTERS appear being led to the ring by EURITAR.  This should be a great match with these two rival teams battling it out to move up the ladder!  CROSSFIRE will start with COUNT NECROS and the bell rings.

TITAN DEATH MATCH
DEMON HUNTERS d. VAMPIRE LEGENDS via pinfall after Crossfire smashes Coven Black with BULLSEYE – ** – DEMON HUNTERS get a big win here, squashing any momentum VAMPIRE LEGENDS had built up.  DARK MENACE is not happy to have his team knocked out so early in the night.

BETTER THAN HUMAN is out next and to the delight of no one, THARKAS has a mic.

THARKAS:  It is time to make puny human pay!  Crossfire, I’m going to hurt you so hard you will wish you were back in that alternate dimension.  And HelSin, I’m going to send you to Hell, son.  Hack-ptooey!

The CROWD shows their displeasure as BETTER THAN HUMAN gets into the ring.  PSI will start with HELSIN.  The ref calls for the bell.

TITAN DEATH MATCH
DEMON HUNTERS d. BETTER THAN HUMAN when Crossfire blasts Tharkas with BULLSEYE – *1/2 – DEMON HUNTERS gets the win and the CROWD is on their feet.  CROSSFIRE and HELSIN are working like a well oiled machine tonight!

The arena explodes!  Are you serious?!  DEMON HUNTERS versus PREDATORS?!  Two totally over teams going on on one!  This is the type of magic that only happens at THE RECKONING!

WOLF and LOPE head to the ring with CATFIGHT bringing up the rear.  LOPE will begin with CROSSFIRE and the CROWD is hot!

TITAN DEATH MATCH
DEMON HUNTERS d. PREDATORS via pinfall when Helsin shocks Wolf with Exorcism – **1/2 – HOLY MOLEY FANS!  What a match and what a win for DEMON HUNTERS!  CROSSFIRE and HELSIN deliver WOLF and LOPE their first loss as a team.

Though they have won, DEMON HUNTERS got a lot taken out of them during that match.  The CROWD is eager to see if they can continue.

FHANNA is out again, leading former champions SECURITY SQUAD to the ring.  A win here will be a tough order for DEMON HUNTERS for sure!

The arena explodes when the AETHRAN WAR ANTHEM plays!  No fans of the GLADIATORS, the CROWD is hot to finally see a rematch between FIST and PROBATION and the team that cost them the titles!  IRON HAND and CODE DESTROYER look on nervously as FIST and PROBATION stride to the ring with purpose.

TITAN SAMURAI charge to the ring with LORD NEXUS and the CROWD is hyped again.  GIANT AZUMA will begin with IRON HAND as the ref calls for the bell.

TITAN DEATH MATCH
TITAN SAMURAI d. SECURITY SQUAD via submission when Kenji locks Iron Hand in a KNEE BAR – * – TITAN SAMURAI, last year’s RECKONING MVPs, beat the former champs and advance to the next match!  You can bet they are looking for a repeat performance of last year that will take them all the way to the Championship!

Rhythmic drums begin playing and the CROWD gives a whoop ad ULTIMATE FIGHTERS head to the ring with SHE DEVIL.  The arena is awash in people doing the crash ULTIMATE FIGHTER hand movements and even TITAN SAMURAI get in on the fun!  LORD NEXUS too!

All four men shake hands and SHE DEVIL stands next to LORD NEXUS to watch the match.  SHOOT will begin with KENJI!  The battle of two submission masters!  The ref calls for the bell!

GHENA leads THE IMMORTALS to the ring and SUR and BEX have never looked cockier!  They had been telling everyone who will listen that this current reign will be very, very long.  They have some stiff competition in the ULTIMATE FIGHTERS tonight!  BEX is staring with CLINCH and away….we…..go!