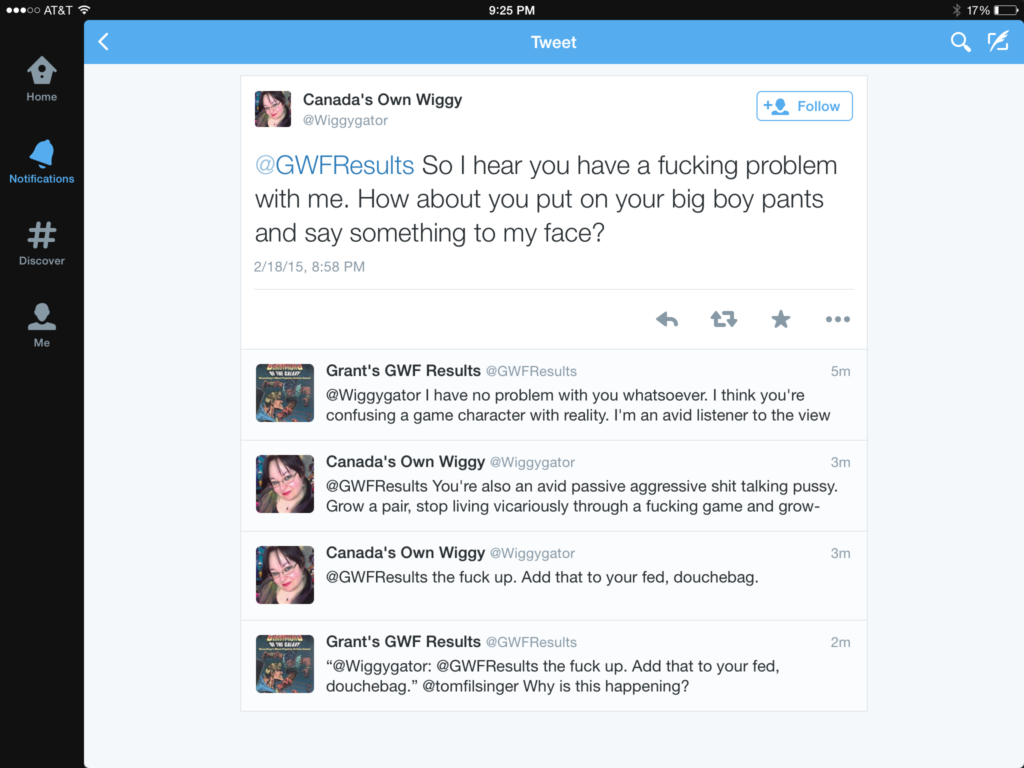 I was told to ‘add this to (my) fed’ so I will.  Apparently Wiggy didn’t appreciate the way I was portraying ‘her’ in my fed.  Not quite sure why, seeing as the Wiggy in my fed is a CHARACTER in a GAME.  I portray the character of Wiggy as a clueless, moronic, wannabe publicity hound in my fed.

Really interesting that someone who works for Filsinger Games would lash out publicly like this.  The tweets have been deleted, but I captured them here, as you can see.  No word, or apology from Filsinger Games yet.  Just doesn’t seem like the kind of conduct a company would want from one of their employees.

But what do I know?  I’m just a ‘passive aggressive shit talking pussy’?

UPDATE: Received an apology from Tom.